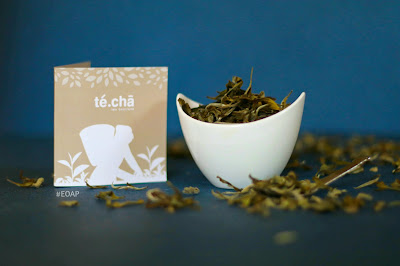 We were spoilt for choice when asked by te.cha to select a tea from their website. We were lost trying to select what to get and ended up letting te.cha do the decision making on our behalf. What te.cha sent us is the ‘ Moonshine Germanium ’ white tea.
What is White Tea ?
Rewinding a bit to the 1700’s, white tea was traditionally cultivated in China. Picking white tea was not an everyday occurrence but would only happen when a white down, also known as Bai Ho, would appear on tender shoots. The fine silvery-white hairs on the unopened buds of the tea plant gives the plant a whitish appearance as well as the Teas name. To prevent oxidization, the tea shoots were allowed to wither and then dry, a laborious process that requires attention. Because of the detail oriented process, it’s also one of the most expensive teas produced. 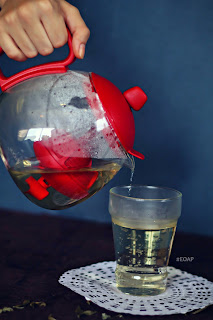 White teas exude fresh herbaceous & floral aromas, and are delicate in flavour. The teas appearance is a sort of a glass of water with a caramel tinge. For our non-teetotallers
it looks like super-duper diluted whiskey.
Moonshine Germanium White Tea 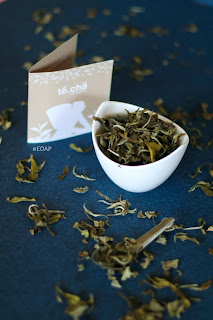 The fragrance of the Moonshine Germanium tea, to us, reminds us of freshly cuts lemon grass. Holy basil, rose with light citrusy hints are the flavours our palate recognises in the lovely brew. This is a perfect tea to quick start you day on a rejuvenating note as it provides a number of health benefits such as weight loss, healthy and youthful skin, cancer prevention,  high anti-oxidant counts, illness prevention, lowering level of cholesterol and more ! All this in just a cup of tea ! 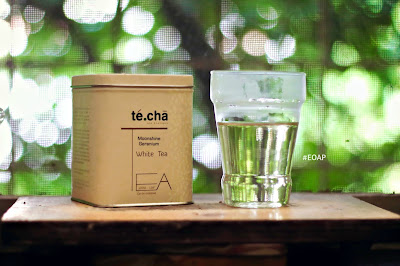 The Moonshine Germanium white tea comes in beautiful cream tin box that protects the tea and helps keep the flavour intact. All you have to do to make a cup is add some leaves
( about 1.5tsp ) inside a tea infuser… 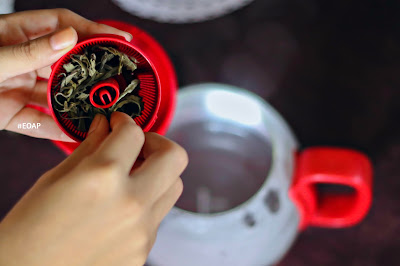 …and steep it for about 3-5 minutes in water ( 75 degrees ). The leaves can be steeped twice
without any major compromise on the flavour. 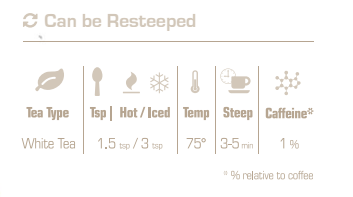 Since we really like the flavour of the tea a lot, we decided to add it in some food ! We decided t bake simple vanilla cupcakes with some delicately flavoured ganache. Since the base flavors are so simple, the lightness of the tea really comes through.
Vanilla Cupcakes with Moonshine Germanium
infused Chocolate Ganache.
For the cupcake : 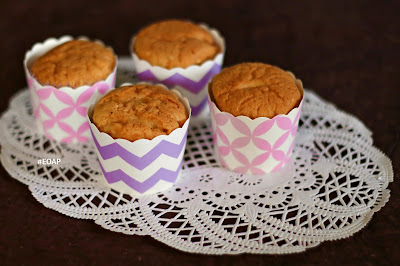 We had the pleasure to work with Chef & Recipe Blogger, Nayantara Pandit, whose recipes we used for the cupcakes ( Click for Recipe ). We suggest you begin by baking the cupcakes first so that they have time to cool. Once you have kept the cupcakes to cool, it’s time to make
the yummy Moonshine Germanium infused chocolate Ganache.
For the Ganache:
Ingredients
200g Dark Chocolate ( cut into small pieces )
200ml Fresh Cream
A handful of te.cha Moonshine Geranium White Tea
Method 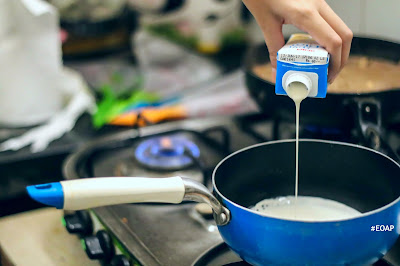 * Start off by heating some cream in a saucepan, on low heat. 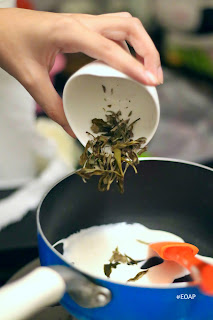 * Add the Te.Cha Moonshine Geranium White Tea to the saucepan.
Keep stirring to ensure that the cream doesn’t burn.
* As the cream heats up it’ll begin to absorb the flavours of the tea.
* When bubbles begin appearing along the edge of the saucepan, take it off the heat,
and pass the cream through a sieve to remove the tea leaves.
*Pour the cream into the bowl that holds the chocolate, and begin mixing it
with a spatula, until smooth.
* A few minutes later, take the mix off the gas and pour it through a strainer
over the chocolate pieces in the mixing bowl. 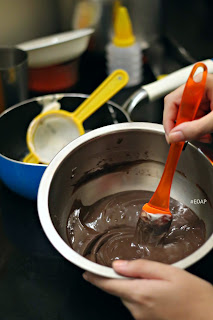 * The heat from the cream will melt the chocolate so keep stirring until smooth.
* As the ganache will be very warm, put it in the fridge to set. 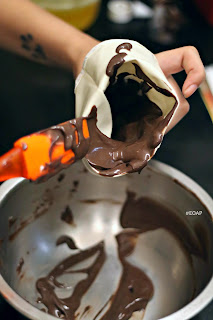 * Once its thick enough, put it into a piping bag with a star nozzle, and leave in the fridge. 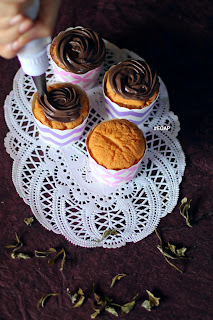 * Once the cupcakes are cool and the ganache has set, you can begin piping.

* Start in the center and in a circular motion move outward until you cover the top of the cupcake.
* We even added some sprinkles to give them a pop! 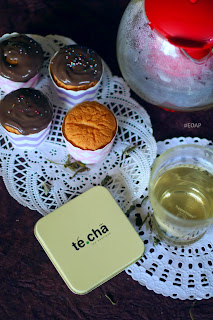 Best had ? With the lovely tec.cha Moonshine Germanium white tea  !
We are planning to use some of its delicious flavour for Key Lime Pie !
Anyone want to help us bake it ?
As we mentioned earlier, te.cha also has a wide range of White, Black, Oolong & Green teas which we are definitely planning on exploring.
To get your hands on their bevy of tea you can connect with them on their website : https://techatea.com
Or drop them a message on Facebook : https://www.facebook.com/TeChaIndia/
Share

Magic of Malnad at The Serai, Chikmagalur

The issue of using natural ingredients such as fruits in drinks is consistency in terms of taste. Sometimes a...