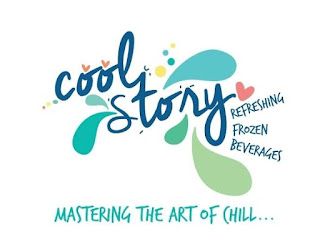 we landed up at Cool Story 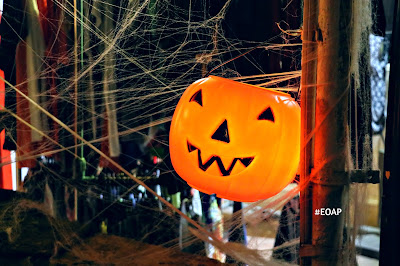 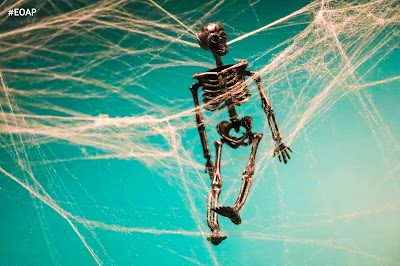 Now we were completely impressed with the Halloween decorations put up,
full marks for that !
There was quite a long queue for the goodies but we managed to snag two. 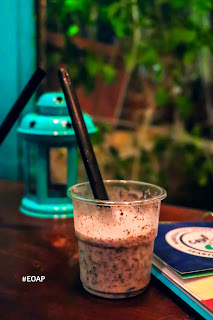 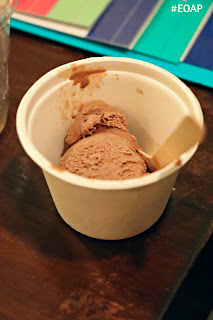 We began with an Oreo shake that was pretty creamy but we guess a long stall kind of got it all liquidy compromising on the taste. We also managed to get a spoonful of ice cream from another crawler who was unsure of the flavour but we guess it was a chocolate coffee base.
The outlet & menu did seem promising so we do plan to drop by again.
Lucky for us, the next crawl outlet was on the same road. 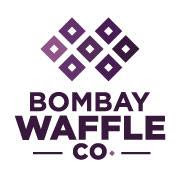 The Bombay Waffle Co. was swamped and we had a long long wait to get our waffles, but the wait was totally worth it ! 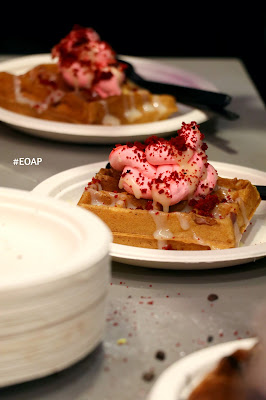 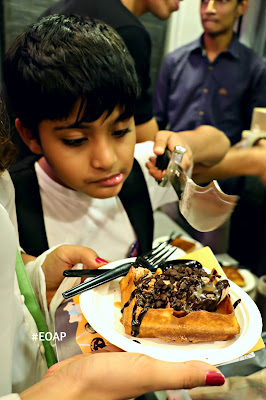 They offered us Three Toppings :
* Classic waffle with Chocolate Mousse and with Belgian Chocolate and Salted Caramel Toppings
* Classic Waffle with Red Velvet Cream Cheese and topped with Red Velvet Crumbs
* Classic Waffles with Whip cream and Belgian Chocolate Toppings and Chocolate chips
Of course the toppings do add another dimension to the waffle base but we have to say the waffle in itself was amazing ! Call us crazy but it was one of the best waffles we have had in Mumbai.

We reviewed The Boston Cupcakery just a while ago & were more than happy
to visit it again !
We began with a Macaroon which was a tad bit hard & chewy, we were a bit disappointed. 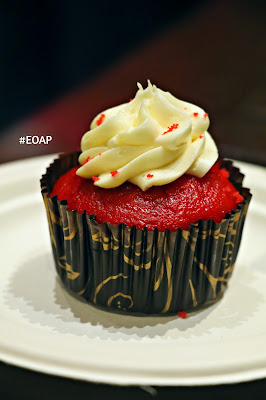 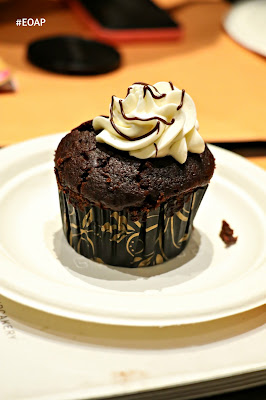 We also had a Red Velvet & A Chocolate Cupcake which were divine.
Sadly we couldn’t make it to the last two venues – Raasta & Menchies ; but food blogger, Irfan, gave us some feedback.

( To be updated soon 😉 Keep watching this space .
Our Feedback on the event
Team #EOAP – ‘ The Crawl would have been way better with the outlets closer to each other since it took a while to travel around. Except for two or three outlets, no one really gave into the Halloween Spirit. They just plopped a dessert in our hand & that was it. Cool story & Bombay Waffle took a lot of effort decorating so kudos to them.
Over all we give this crawl a 3/5. ‘
Feed back from other crawlers: 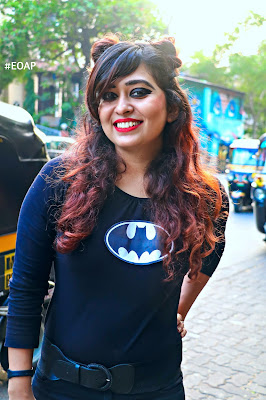 Drishya Nirant Poddar ( Hair Stylist ) – ‘ It was my first dessert crawl so i didn’t know what to expect but at the end of the day I came back with my heart & belly full. My favourite dessert would have to be the waffles from Bombay Waffle co. It was super fun seeing a lot of people dressed for the event. The only minus would be that the places should have been closer to each other. ‘
Drewsand Peerbhoy ( Teacher ) – ‘ The crawl was a fun experience for me and my son, having one ticket by using the Dineamic App made it even more amazing ! It actually felt like halloween seeing people dressed up. The places that I loved were Ellipsis Bakery, Mamagoto, Sassy Teaspoon & the Bombay Waffle Co. . I loved that Cool story had decorated their outlet with a lot of effort to celebrate Halloween. while my son loved the waffles, I loved the carrot cake the most. ‘

Vrajesh Vyas, ( Food Blogger ) – ‘ The enthusiasm of the participants was amazing. Everyone took dressing up quite seriously. RIP dessert crawl… rise again like a Phoenix next year. ‘ 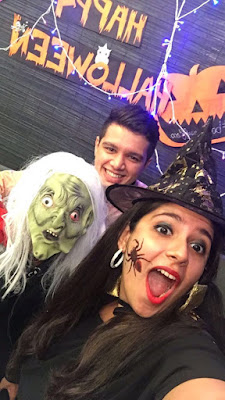 Riddi Punjabi ( Owner of Just Smiles ) – ‘ Until last year Halloween was all about Witches, Vampires & Ghosts.. 2016 was all about yummy tarts, mouth watering pastries, crisp waffles, oreo shakes & so much more ! Wow, this was so much fun ! It was a completely different experience roaming around Bandra all dressed up with random people & kids staring / waving / getting scared & also clicking pictures with us… As a kid, I always celebrated Halloween abroad & clicked picture with others but it feels Ooolala when your own city & others do the same ! ‘ 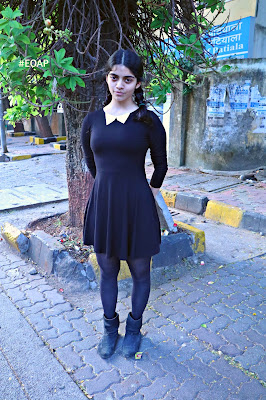 Nayonika Patankar ( Medical Student ) – ‘ It was a good opportunity to make friends. The desserts were over hyped, some mentioned by the event organizers weren’t even available. The outlets were quite far away from each other too ! ‘
Shourya Joshi ( Food Blogger ) – ‘ The event was well organised. The outlet were managed well & giving desserts as quickly as possible. My favorite amongst the lot was the waffles at Bombay Waffle Co. & Red Velvet Cupcake at The Boston Cupcakery. ‘ 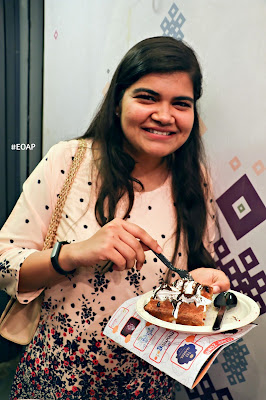 Ritika Mona ( Food Blogger ) – ‘ The Halloween Dessert Crawl – it was great to see so many mumbaikars come together for our one true love – FOOD ! The pit stops were well chosen, however, if the distance between a few of them was less, it would have added to the overall evening. My favourite was the brownie at Ellipsis Bakery followed by the cupcakes at The Boston Cupcakery. ‘

Valentine Dessert Crawl Lower Parel ( Part 2/2 ) BBC ( British Brewing Co.) was where we were headed next & on...