Inside the KFC Kitchen

posted by admin
444 0 3
Share
KFC has been treating the world to their Finger Lickin’ good food for over 87 years ! But while munching on the goodness of a juicy KFC burger, have you ever thought about the effort put into it ? Neither had we ! 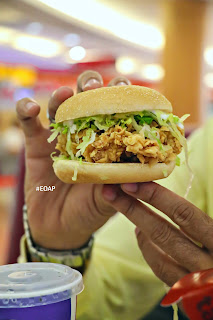 We got a chance to visit the inside of their KFC kitchen to take a look at what goes on behind the counter; and we came out with a completely
new found respect for every team member.

It All Starts With The Chicken 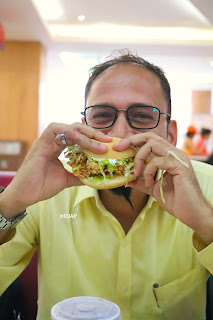 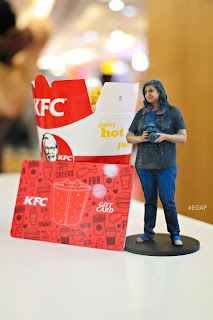 Apart from this, each and every member of the staff must clear regular examinations in order to continue working at any outlet.
It was thanks to this visit that we realized that there is a lot that happens in their kitchen ! Learning that their cooks follow an extensive, multi-step process to create every single product & give regular exams to be at the top just make us respect them even more ! 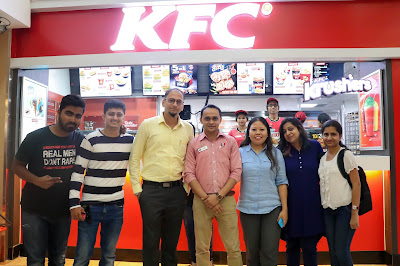 Now KFC is offering a sneak peek into their kitchens for their consumers. Grab this opportunity to meet their chefs and learn more about the finger lickin’ food you love. How ? Just take schedule a day & time for a Kitchen visit with the KFC outlet manager
About Colonel Sanders
Colonel Harland David Sanders was born September 9, 1890, in Henryville, Indiana. He quit school in the sixth grade to earn money for his mother, brother, and sister after his father died. In 1906, at 16 years old, he lied about his age so he could enlist in the army. He started working for the railways in 1907, first as a blacksmith and then as a fireman. From 1920 to 1930, Sanders started a ferryboat company, worked as an insurance salesman, a lighting salesman, a lawyer, a tire salesman, an obstetrician, and a secretary at the Chamber of Commerce in Indiana. In 1930, he opened a service station and added fried chicken to the menu. Governor Ruby Laffoon loved Sanders’ chicken so much that he made Sanders a Kentucky Colonel. The Colonel didn’t begin franchising his restaurant until 1955, when he was 65 years old. After selling the franchise in 1964, Colonel Sanders remained the company’s symbol. He visited KFC restaurants into his later years, inspecting the quality of the food and sometimes tossing gravy on the floor if it didn’t meet his high standards. In 1976, the Colonel was ranked as the world’s second most recognizable celebrity.Whew ! Isn’t it amazing how the man started at the age of 65, when most retire, and built a global empire out of fried chicken!
We continue to show our pride in fried and follow the Colonel’s high standards for frying chicken, even after 75 years.  Today, there are more than 20,000 KFC outlets in 125 countries and territories around the world. And you know what? There’s still a cook in a kitchen in every last one of them, freshly preparing delicious chicken, every day!
Share

Uber-cute Easter Eggs just you have to order !